Wishes to you for a happy, healthy and abundant 2022 from the African Relish team.

What better way to start the new year than with a week of cooking classes and being able to use the harvest from our freshly minted Bard garden. The garden is bountiful and rewarding. 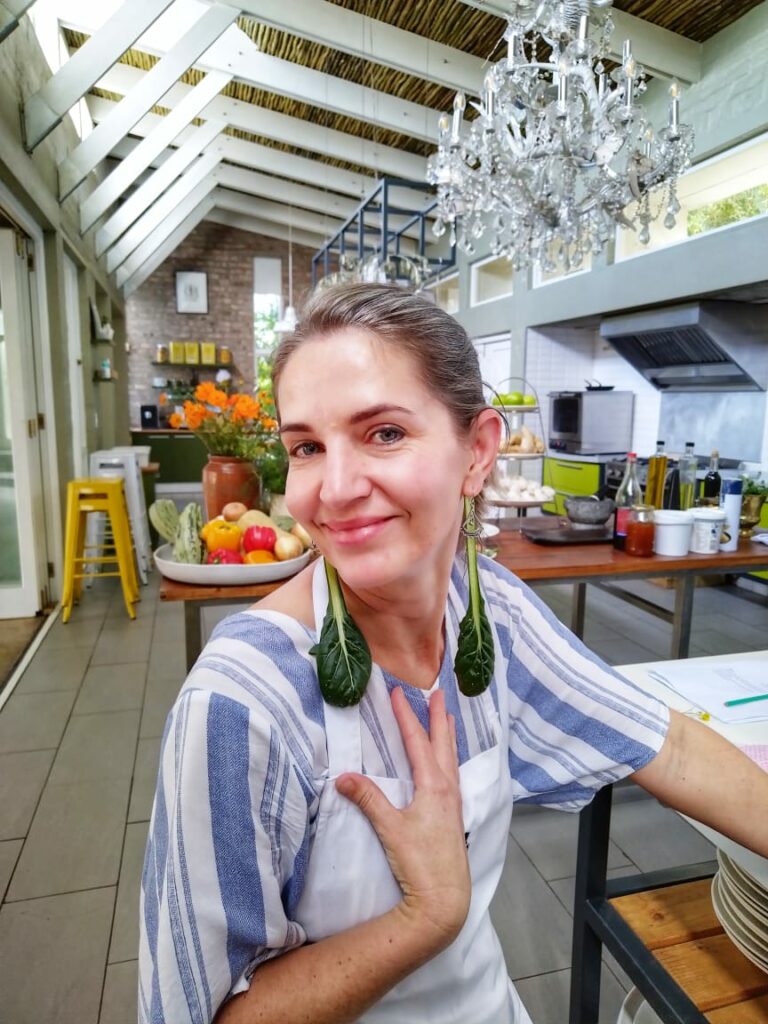 The Chef’s Café is able to include salad greens picked a stone’s throw away from the kitchen as we coped with the summer rush over Christmas and New Year.

During the last weekend course of 2021, The Edible Landscape with Loubie Rusch, we pickled, fermented vinegars’, cooked preserves and prepared sumptuous dishes from the African Relish orchard. A highlight of that weekend was meeting the founding editors of The Platteland Magazine, Johan and Peter. We continue to plant and forage and learn even more with visits to Tortoiseback Haven with Brett. Brett has written a wonderful story about the Bard Garden at African Relish, included below. 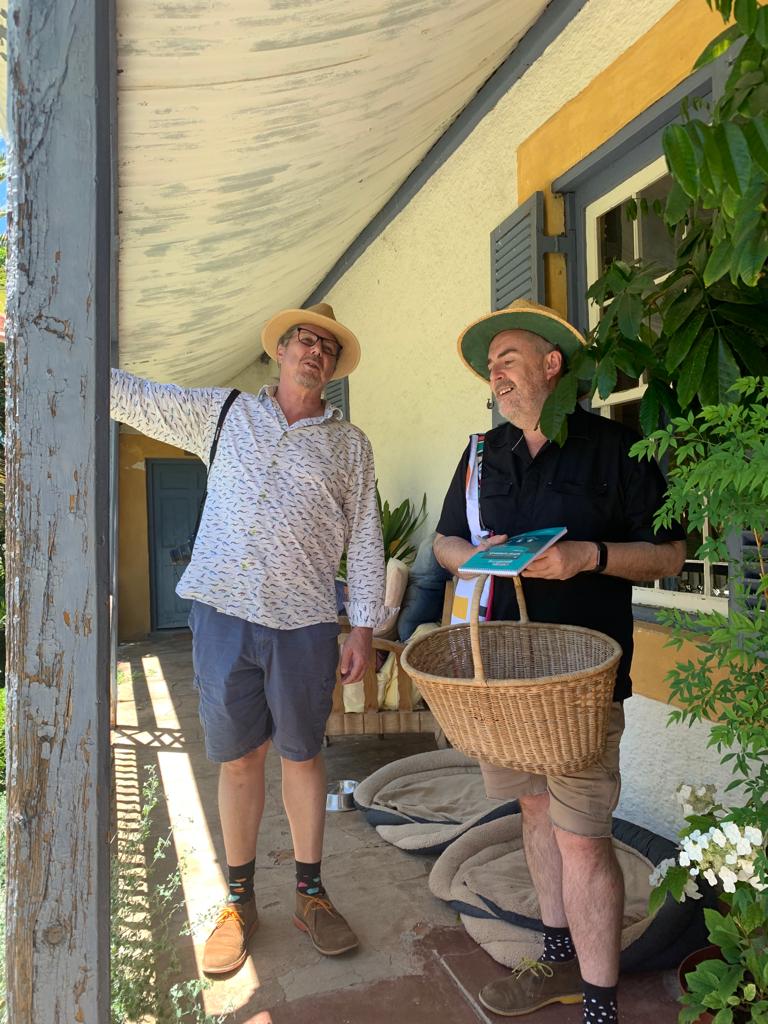 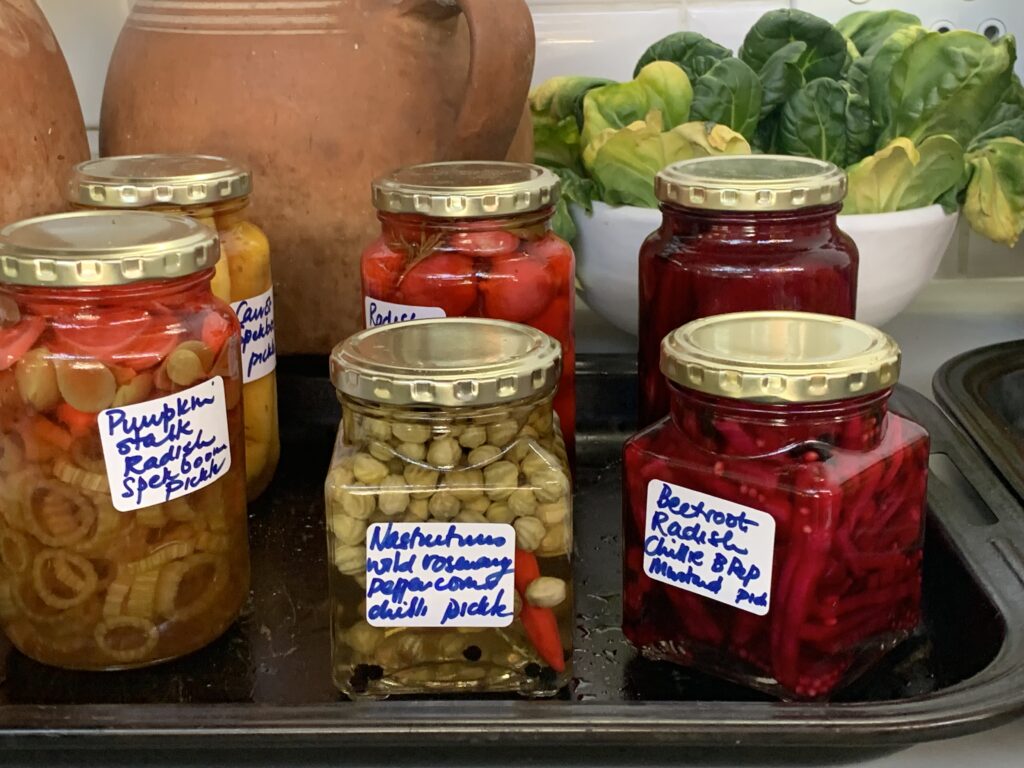 The African Relish team has been through it all like most South Africans but have emerged stronger and run a leaner, more efficient facility. Hats off to all who took the knock when we were limited to selling pizza through a hatch in the wall but were there on a late November weekend to host a wedding for 150 people with the attendant load shedding and a welcome but torrential downpour.

Highlights of 2021 included bringing local chefs Hendry Olivier and Shane Jacobs to lead the cooking classes with much success. They alternate as chefs for our restaurant ably assisted by Kentin Draaier and Esmerelda Leonards both a whizz with a pizza paddle. We managed to squeeze in two master classes with Gordon Wright and Loubie Rusch post lockdowns and before the year end that were highly enjoyable and educational. Both these weekend getaway courses will be held again during 2022. Watch the calendar. 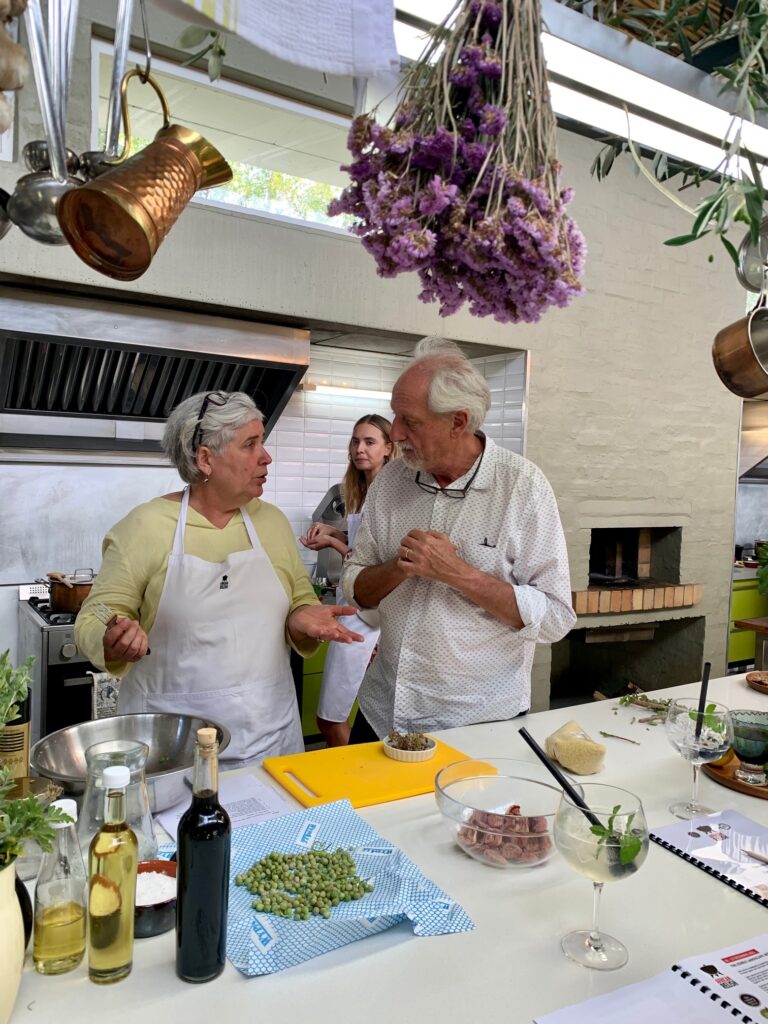 African Relish cooking classes work best when a group of like-minded people get together in our kitchen. With a common interest in culinary matters and often mixed with other activities like foraging, cycling, birdwatching, trail running or botany, a road trip to Prince Albert seems to naturally generate a great communal experience. 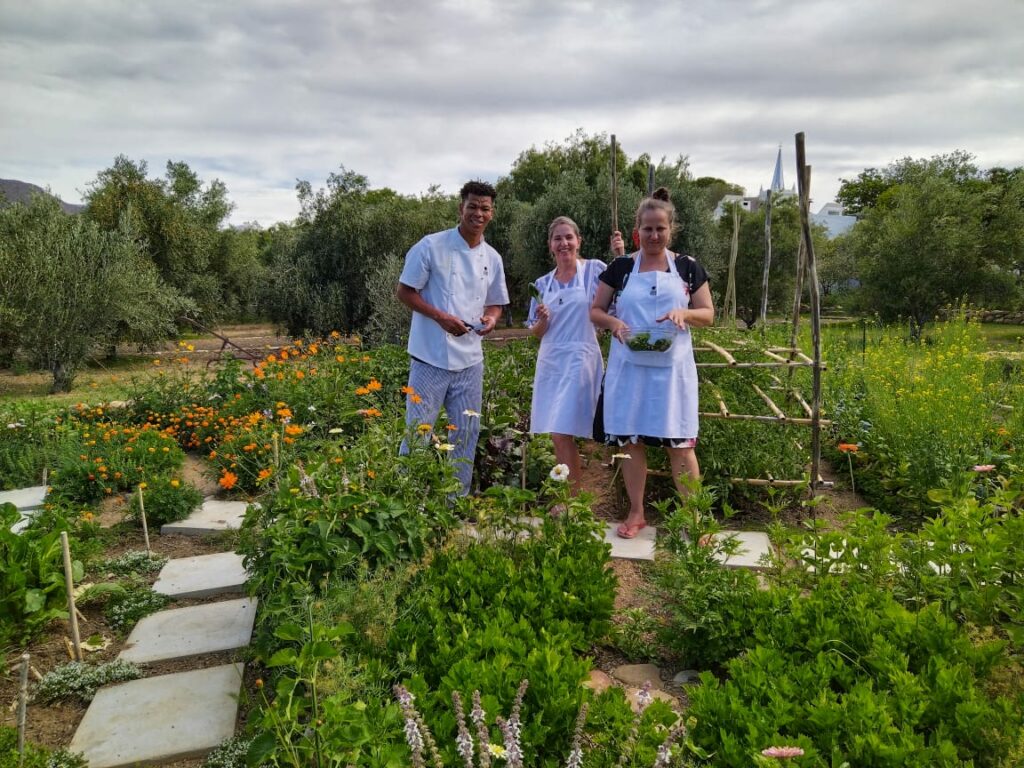 The Karoo Ride ‘elders’ cycle group is returning in March for its third experience. Saying that the combination of great cycle routes, good food, comfortable accommodation, and now mandatory competitive cook-off make it difficult to replicate elsewhere. John and Francis Swanepoel run a very successful GravelGrinder bike experience where they often fill our venue with guests for their welcome and closing dinners

Thank you to all our restaurant guests, cooking school clients, cycle groups, guesthouse owners, suppliers and visitors. You are the people who join us in the kitchen, sit round the table, and make it all so rewarding. See you during 2022. Read Bretts explanatory notes below:

The design is a representation of the Golden Rectangle, or 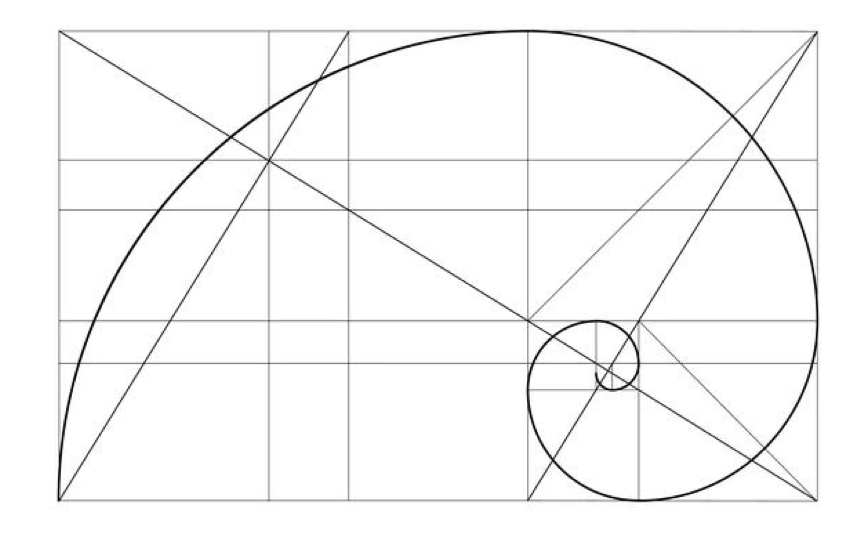 The Fibonacci Spiral perfectly renders the Golden Ratio and is thought to be the most widely recognised pattern repeating throught nature and the universe. It can be found in many natural occurrences such as sunflowers, hurricanes and galaxies.

How the garden was planned.

The Bard Rectangle measures 8 x 13 metres. A stone bordered, woodchipped Fibonacci spiral path leads to the core square (1x1m) from where the Golden Rectangle unravels, encompassing a matrix of annual and perennial aromatic herbs, and flowers. Transecting the diagonal of the Golden Rectangle is a pathway of 0.5m square paving stones. Another row of paving stones represents the border of the last 8m square within the rectangle. Linear vegetable beds (1m wide) lead perpendicularly off the paving stone paths with 0.5m access paths on either side.

Beyond the Rectangle is a circular keyhole bed where prostrate vines and other unruly plants run rampant, transcending our manmade boundaries.

Vegetables, herbs, and flowers are companion planted in a rotational system, allowing for succession, while maximizing the use of space by interplanting complementary crops.

Initially the area was ploughed and cleared of quickgrass. Sandy loam and manure were added and worked into the predominantly clay soil. The first phase of preparation was completed with a top layer of compost and bonemeal in the vegetable beds. The productive food garden will require constant replenishment of nutrients for optimal growth using compost, well-rotted kraal manure, organic liquid fertilizers, mulch, worm tea, green manures, essential microorganisms, and nitrogen fixing plants.

Inspired by life-supporting principles of permaculture, organic gardening, agro-ecological farming, and biodynamic farming, The Bard Garden embraces biodiversity, the natural manifestation of health and beauty embodied in the myriad edible roots, stems, leaves, buds, flowers, fruit, and seeds that will be relished as food, flavouring, herbal infusions, and medicines – nourishment that constitutes a culinary celebration of life.

Let food be thy medicine.

Hippocrates, the founder of western medicine famously said ‘Let food be thy medicine and let medicine be thy food’. Growing plant-based food is a creative act of manifesting the alchemy of the four elements soil (earth), sunlight(fire), water, and air to feed body and soul. This is orchestrated in The Bard Garden by active organic cultivation of edible plants, taking time to nurture soil and tend plants. We harvest with care and appreciation for nature’s bounty. Important is mindful preparation, imaginative cooking, and savouring the array of aromas, flavours, sensations, and textures.

Engaging with the Earth and its bounty in this way is conducive to assimilating nutrients in our bodies in a way that promotes harmonious health and optimizes immunity.

All vegetables are grown from Heritage and Heirloom seed varieties specially selected for their flavour, beauty, resilience to disease, and adaptation to the climatic extremes of the Karoo. No poisons or artificial fertilizers are used (therefore no harm is done to the environment and consequently our bodies)to produce living food of quality and excellence.

Taste the difference: feel invigorated and be inspired to grow your own food. 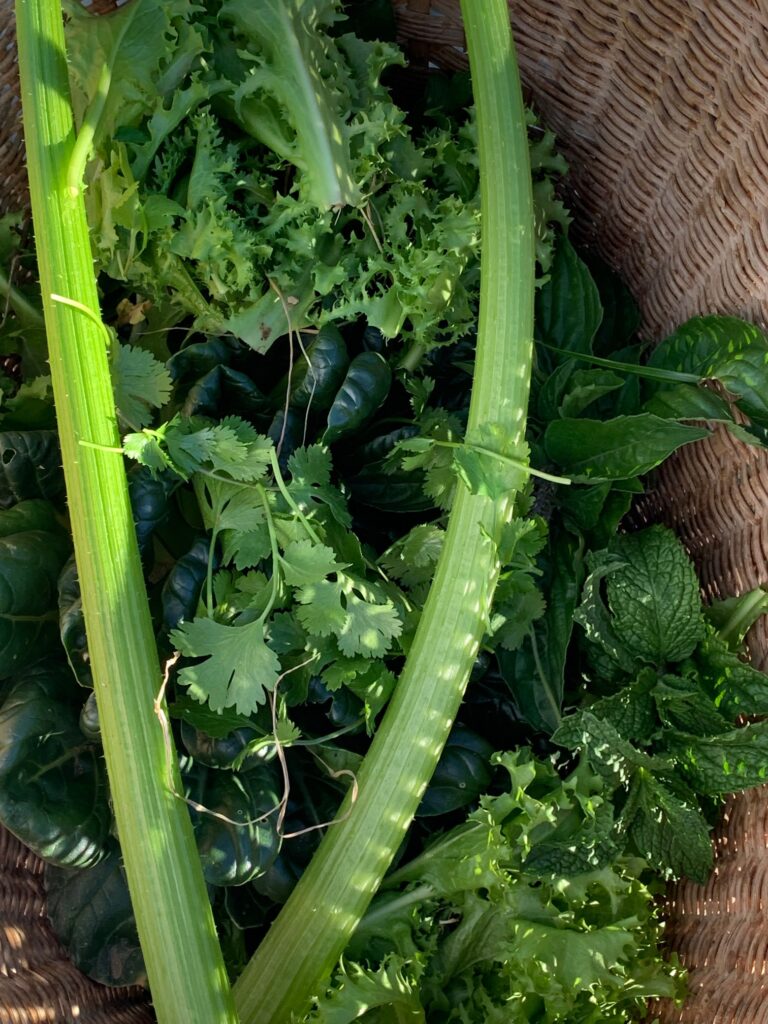 The Golden Ratio is best approximated by the famous “Fibonacci numbers”. Fibonacci numbers are a never-ending sequence starting with 0 and 1, and continuing by adding the previous two numbers: 0,1,1,2,3,5,8,13,21,34,…

The Golden Mean or Golden Middle Way is the desirable middle between two extremes, one of excess and the other of deficiency.

Through the Golden Mean, striving for the completeness of beauty, proportion, and truth is considered as unity in the variety within nature and our experience.